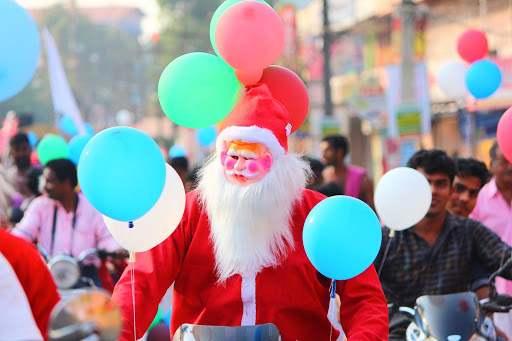 This organisation took initiatives to celebrate Christmas at Adoor Town unitedly on 25th December every year. Celebrations used to start with a massive rally from St.Mary's Church Karuvatta that ended at Adoor Central Maidan. The rally was scheduled to begin around 4:30 pm and reach Central Maidan by 5:30 pm. Thereafter, a public meeting in Central Maidan took place and it was considered the key function of the Samyuktha Christmas Celebration. Both the rally and public meeting became more and more colourful and rich in participation year after year. However, the enthusiasm was lost by 2001 and the rally was abandoned. The celebrations shrunk to a public meeting that was attended by a few unenthusiastic bystanders at Adoor Central.

However, in 2016, the Christian community at Adoor felt the need to bring back the lost richness of the United Xmas celebrations. A rally was planned for 25th December, 2016, and that was a success story. From every church in and around Adoor, members participated with renewed spirit of ecumenism. It was a massive rally coloured by floats and traditional arts like Panchavadyam and Chendamelam. The public meeting too was a great success as the participants flooded the Gandhi Smriti Park (Central Maidan).